Covid-19 is causing havoc on markets. Are we heading for a recession? Or a depression? What is the difference between a recession and a depression? How do you invest during these turbulent times?

WHAT IS A GLOBAL ECONOMIC RECESSION AND DEPRESSION? A global recession is defined as an extended period of economic decline around the world. The International Monetary Fund (IMF) uses a broad set of criteria to identify global recessions. A depression is defined as an extreme recession. It is a severe and prolonged downturn in economic activity. It typically lasts three or more years or leads to a decline in real gross domestic product (GDP) that lasts for three or more years.

THE CURRENT SITUATION: Globally stock markets have crashed. The bellwether Dow Jones Industrial Index has dropped by over 30%. A drop of more than 20% is referred to as a bear market – we are firmly in bear market territory. But a stock market crash does not cause recessions or depressions. It is the other way around – recessions and depressions cause stock markets to crash. On 16 March 2020 the S&P 500 dropped more than 7% when the market opened. The drop tripped the circuit breaker, halting all trading for 15 minutes. The circuit breaker system was introduced after Black Monday in 1987. Its function is to reduce market volatility and panic. It gives traders time to reconsider their trades. There are no circuit breakers to announce depressions.

WHO DECLARES RECESSIONS? The National Bureau of Economic Research (NBER) in the USA officially declares recessions. The NBER defines a recession as a “significant decline in economic activity spread across the economy, lasting more than a few months.” The NBER has not yet declared the current downturn a recession. Two consecutive quarters of decline in real GDP are not how a recession is defined anymore.

HOW LONG DOES A DEPRESSION LAST? The NBER has analysed 33 economic cycles of expansions and contractions in the USA stretching from 1854 to 2009 – a period of 155 years – on average a contraction every 4 to 5 years. Not all contractions develop into full-scale recessions. And not all recessions develop into full-scale depressions. Depressions are rare. The last depression we have seen was nearly a century ago - the Great Depression of 1929 – 1933. In the US, it lasted for 3 years and 7 months. Peak unemployment reached 24.9% and GDP declined by -26.7%. HOW LONG DOES A RECESSION LAST? For the period 1945 – 2009 the USA had 11 business cycles.

MONETARY POLICY DURING ECONOMIC RECESSIONS: During the recession of 2007/9 the Federal Reserve dropped interest rates. It also started several programs of Quantitative Easing (QE). It put the USA on the road to economic recovery. In the present downturn the Fed has repeated the strategy. It dropped interest rates to 0% and started an initial $700 billion program of QE. Last week the SA Reserve Bank (SARB) dropped interest rates by 1%. The SARB is unfortunately not able to start even a modest QE program. We also run the risk that Moody’s may downgrade us on Thursday.

MARKET CRASHES HAPPEN, SO DO RECOVERIES: Recessions are interesting from an investing perspective. First, shares fall to ridiculously low levels. It is as if stock exchanges are having “final clearance sales”. But when stock markets have sales, investors flee. That is the wrong strategy – it is a good time to start buying.

Second, recessions expose fraudsters. Bernie Madoff was exposed during the last recession and arrested on 11 Dec 2008. He was found guilty of operating the largest Ponzi scheme in world history. Three months later he was sent to prison for 150 years.

Third, investors who took on lots of debt to buy shares are exposed. Warren Buffett puts it like this: “Only when the tide goes out do you discover who's been swimming naked”. Right now, there may be a case of this on the JSE. Growthpoint, the elephant in our property sector, has seen its price drop from R25.00 to R10.00. Last week Growthpoint director, “business mogul” Mzolisi Diliza, sold big tranches of shares at prices of around R11.00 each. The total value of his sales? R340 million. On the face of it he was making big losses. Why? Is it margin calls to repay debt?

ADVICE FROM WARREN BUFFETT: We live in times of volatile markets. The VIX volatility index, is at its highest level in history. It reached a peak of 82 – normally it trades below 20. It is referred to as the Fear Index. Warren Buffett’s advice: “Be fearful when others are greedy and be greedy when others are fearful”. 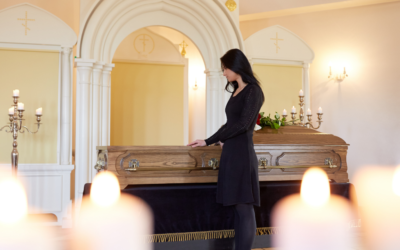